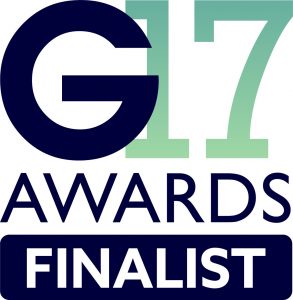 Sharn Samra, Epwin Window Systems’ Marketing Director, said: “We are delighted to be recognised in so many G Awards categories because it highlights the quality of our teams and the work we do at Epwin. We’d also like to congratulate our fellow nominees on their achievements.”

Excellence as Standard is aimed at fabricators and installers of windows and doors produced under Epwin Window Systems’ three brands Spectus, Profile 22 and Swish and is one of the most comprehensive industry support programmes ever devised. In its innovation and scope, the launch campaign reflected the scale of the programme’s ambition and showcased what makes it different. The strength of the programme and the quality of the campaign have combined to deliver impressive sign up figures.

Profile 22’s Flush Casement Window is leading the way in changing planning departments’ minds about PVC-U alternatives to timber by offering a compelling combination of sensitive design, thermal efficiency, high security, low maintenance and environmental responsibility. It’s a window that looks like its timber equivalent but performs as a 21st century window should.

The Epwin fabrication team has helped 253 members of its team across four of its key businesses successfully achieve NVQ Level II qualifications through its comprehensive training scheme, with many progressing or beginning courses for Level III qualifications.

The winners of the 2017 G Awards will be announced at the awards ceremony in London on 17 November where Epwin Window Systems will be a main event sponsor for the fourth consecutive year.