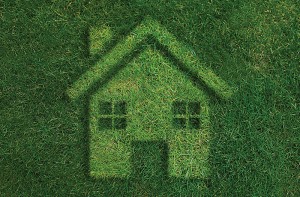 Most home improvement companies expect to benefit from the Green Deal, despite continuing low levels of awareness of exactly what they have to do to get involved, according to the findings of an industry poll.

Published today, the survey by UK building products manufacturer, the Epwin Group, reveals 84 per cent of respondents believed that they would benefit from the Government backed scheme.

But while overall home improvement companies believed that the Green Deal would deliver significant support to their business, smaller companies were more sceptical.

Jim Rawson, chairman, the Epwin Group, said: “With continuing economic instability in the Eurozone and low consumer confidence here, recovery in the home improvement sector is going to be much more of a slog than a rush.

“Against this context, hopes for the Green Deal are in general high, if perhaps a little more reserved among smaller home improvement businesses.

“We suspect that many in this grouping may be have been slightly deterred by what can appear a sometimes overly complex proposition.

“On this basis we hope our continuing campaign, which aims to ‘boil down’ the Green Deal to its core elements, may be of some help.”

Available online at epwin.greendealsupplychain.co.uk or via the Epwin Group website www.epwin.co.uk, the campaign was launched in response to previously published findings.

These revealed that when asked to rank their ‘preparedness’ on a sliding scale of one to five, one being least prepared, 84 per cent of small business admitted to a low level of readiness ahead of the scheme’s launch in October.

To conclude more positively, the newly published results reveal that despite continuing questions as to the ‘readiness’, 78 per cent of all respondents to the poll said that they believed that the Green Deal could exert a positive and meaningful impact on the energy efficiency and the carbon footprint of UK housing stock.

Rawson added: “The products are there – high performance insulation, energy efficient windows and doors. These are the products that have the potential to deliver a step change in the thermal performance of UK housing and which in turn can deliver a far more significant and immediate reduction in its carbon footprint, significantly exceeding that of any single renewable energy technology.

“It would be on this basis unfortunate in the extreme if smaller businesses were excluded from this opportunity.”