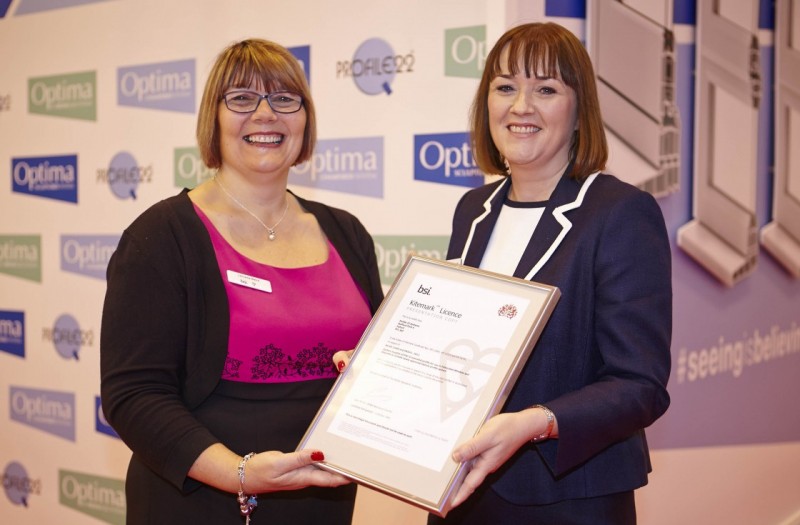 In keeping with the launch of Optima, Profile 22’s brand new window and door systems, being characterised by the thoroughness of the development, production and marketing of the new suites, both systems have been awarded Kitemarks and PAS 24 certification on the same day as their unveiling.

Following the official launch of Optima, Lorraine Balch, BSI Scheme Manager, called by the Profile 22 stand at this year’s FIT Show to present the certification for the products to Clare O’Hara, managing director of Epwin Window Systems Division, before an audience of the window and door industry’s business press editors.

Lorraine presented The British Standard Kitemark which includes testing to BS6375 parts 1, 2 & 3, Performance of windows and doors in addition to testing in relation to PAS24:2016 enhanced security performance requirements for doorsets and windows in the UK. Both standards are the latest to be published and allow specifiers to assess Optima against the most exacting UK standards currently available.

The Kitemarks apply equally to two product streams being launched under the Optima brand, characterised by the Optima Chamfered System and the Optima Sculptured System. A huge number of options may be produced using the new suites including a brand new Flush Casement to compete in the burgeoning ‘heritage’ flush sash timber replacement sector.