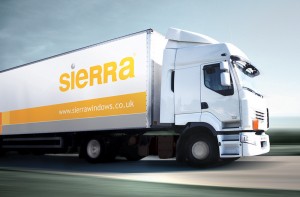 The offer comes as national and local media highlights the increased use of bumping and cylinder snapping as a means of forced entry by burglars.

Brian Webb, Sierra said: “Cylinder bumping and snapping isn’t completely new but its use as a means of forced entry is up, as the technique is broadcast and is available online.

“Ahead of the impact that this and broader exposure in the media is having we have launched an enhanced security option which as anti-pick anti-bump, anti-snap and anti-drill which will allow our customers to target the market with an effective solution.”

The ‘bumping’ method uses a skeleton key readily available and bought cheaply over the Internet to gain access to the cylinder lock mechanism. There may be a risk that a householder’s insurance won’t cover the break-in if the lock has been ‘bumped’ as there will be no evidence that the householder didn’t just leave the door unlocked.

Snapping and the forcing of cylinders is now beginning to rival the number of break-ins through bumping. Handles are removed and the protruding part of the cylinder is forced either through the force of an impact or the use of tools, commonly mole grips.

Webb continued: “If there is a silver lining here, it is that the raised awareness of this threat among homeowners should generate sales of second-time round door sales. While it may be possible in many cases to go in and sell replacement cylinders and handles, the far bigger opportunity is to push a full replacement and accompanying advances in aesthetics and thermal efficiency.”

According to independent research conducted by Sierra last year, security is the major driver for door replacements. In particular those respondents aged 60 or above, highlighting it as the determining factor (53 per cent), followed by appearance (38 per cent), price (6 per cent) and low maintenance (3 per cent). This trend was largely followed by the 45 to 60 and 30 to 45 age groups.

For the 18 to 30 category price took on proportionally more importance, cited by 15 per cent as the determining factor in their purchase while security was listed by 45 per cent in this group as their priority and appearance by 40 per cent of respondents, low maintenance and energy efficiency making up the remainder.

Webb continued: “The pitch to the homeowner needs to be handled sensitively and I would urge retailers to adopt a measured approach and avoid scaremongering.

“There is nothing fundamentally wrong with the products that the industry has supplied in the past. If you draw an analogy with anti-virus computer software, there is nothing wrong with a product supplied in 2008. It was designed to protect against known risk and threat. Install it on your computer today and hackers would make mincemeat of your laptop.

“In the same way there is nothing wrong with cylinder locks installed over the past decade, it is simply that some criminals have successfully ‘hacked’ them. The positive for our industry is that we haven’t stood still either and we have a solution.”